All About Climate Change: Heat, Temperature and Humidity Levels

Even though many people think about rising temperatures and extreme heat when we talk about climate change, the reality is that climate change involves much more than that.

Researchers have argued that temperature on its own is not the most effective way to measure climate change. They suggest that the energy produced by extreme weather is linked to the amount of water in the air, which subsequently affects comfort.

This means that our attempts to define climate change and deal with its effects should not just be concentrated on high temperatures and air-conditioning but also on humidity and how we can regulate the amount of moisture in the air around us.

Therefore, this article attempts to explain how climate change is linked to heat, temperature, and humidity. In the last part, we focus on how you can mitigate the discomfort caused by excessive humidity by using a dehumidifier.

What is Climate Change?

Even though the phrase climate change seems to have become more widely used in the last few years, the reality is that it is not a new phenomenon. Natural phenomena can also cause climate change.

This is a view acknowledged by the World Wide Fund for Nature (WWF), a non-governmental organization advocating for reducing the negative impact of human activities on the environment.

The WWF says, “Climate change is not something that started happening yesterday.” The same source adds, “Even natural phenomena contribute to changes in global weather. Neither is the study of climate change new or how human activities affect it.”

But what exactly is climate change? The United Nations (UN) defines climate change as “long-term shifts in temperatures and weather patterns.” The UN also acknowledges that these shifts can occur due to natural causes.

Notwithstanding, the UN notes that the main driver of climate change since the 1800s has been human beings. It doesn’t come as a surprise, therefore, that climate change has accelerated since the beginning of the industrial revolution in 18th century Britain.

How Does Climate Change Occur? 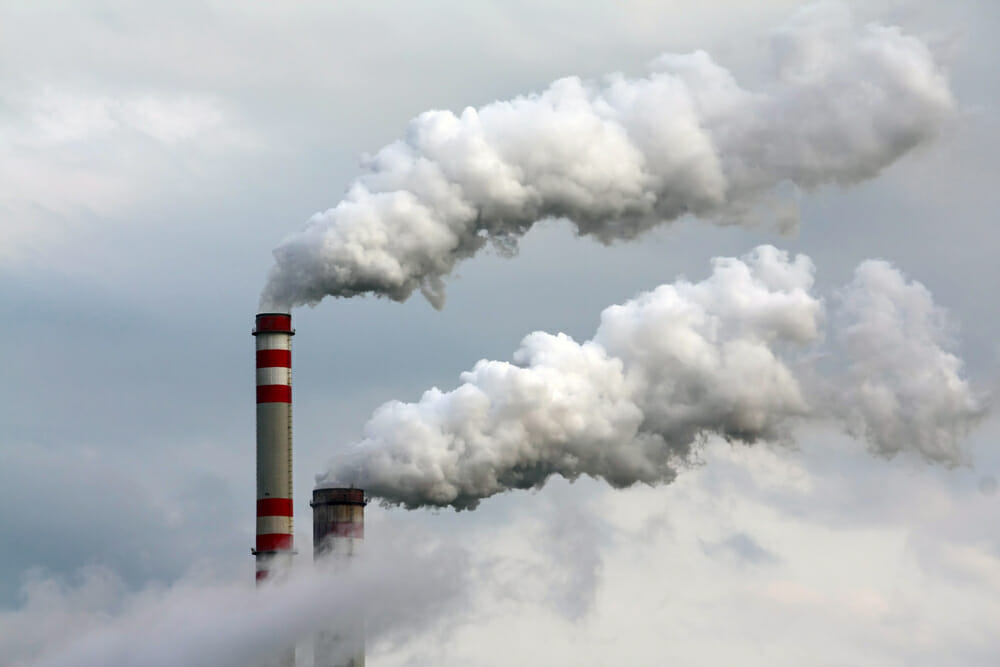 The National Aeronautics and Space Administration (NASA) explains how climate change occurs. The agency’s website, NASA.gov, names several factors that can cause climate change, such as the Earth’s distance from the sun, changes in the oceans, and volcanic eruptions.

NASA.gov notes that humans can change the climate as they go about their daily lives by driving cars, heating and cooling their homes, or cooking food, for example. These activities are connected to climate change in that they require energy. To create the energy, fossil fuels, including coal, gas, and oil, must be burned.

When the gases accumulate in the air, they trap the sun’s heat, making the atmosphere progressively warmer. As the Earth becomes warmer, the climate of different regions changes, often for the worse.

He argues, “Every argument they [deniers] advanced has been disproved, as much by the experience of everyday life as science.” But what evidence is there to show that climate change is really happening?

The United States Geological Survey, an agency of the US Department of the Interior, says, “Many types of instrumental records point to a climate warming trend.” This implies that the idea that there is climate change is not just based on personal accounts but on rigorous scientific records and data gathered over many years.

Julia Rosen, a journalist with a Ph.D. in geology, wrote a comprehensive article published by the New York Times explaining how we know that climate change is really happening.

Rosen says the claim that climate change is in progress is supported by massive evidence. She writes, “We know this is true thanks to an overwhelming body of evidence that begins with temperature measurements taken at weather stations and on ships starting in the mid-1800s.”

But what story do the records taken over the years tell? According to Rosen,

Cohen believes that even without the complicated scientific findings, “The world only had to look at the weather outside to know who was trying to fool it.”

How Do Humans Cause Climate Change? 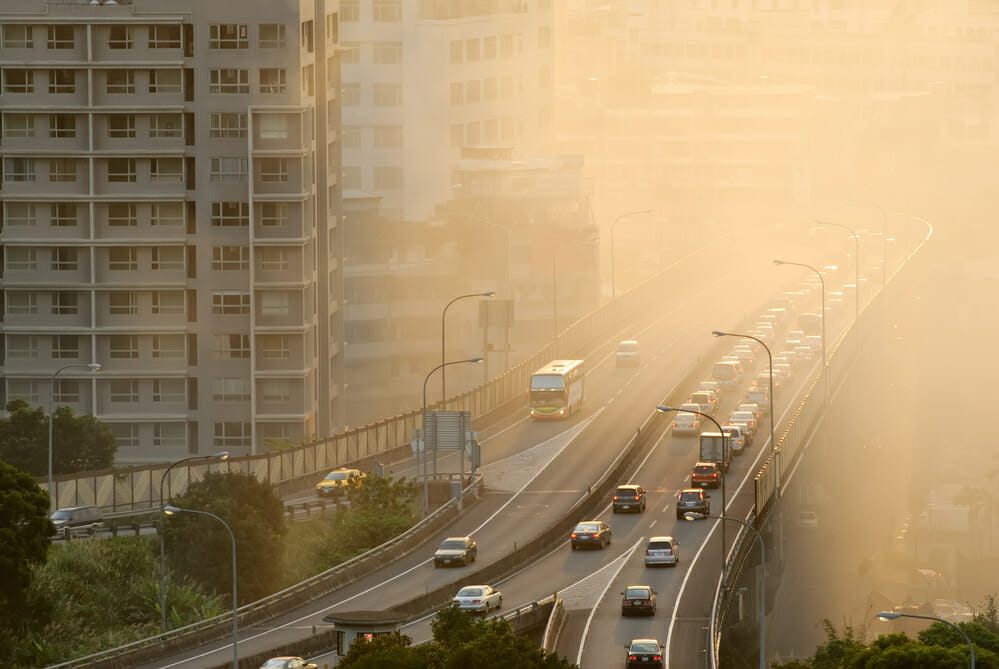 If we agree that climate change is indeed happening, we still have another question: do humans cause it?

An article published by the British Broadcasting Corporation provides the answer. It says, “Analysis shows that for 800,000 years, atmospheric CO2 did not rise above 300 parts per million (ppm).”

The same article adds, “But since the Industrial Revolution, the CO2 concentration has soared to its current level of nearly 420 ppm.”

Even though many scientists agree that climate change can partly be attributed to natural forces, CarbonBrief.org cites the Intergovernmental Panel on Climate Change’s fifth assessment report, which puts the contribution of humans at close to 100 percent.

Carbon Brief is a UK-based website focusing on climate policy. The organization notes, “Since 1850, almost all the long-term warming can be explained by greenhouse gas emissions and other human activities.”

The United States Environmental Protection Agency (EPA) presents an indicator that tracks the frequency of heavy precipitation events in the United States. Overall, the indicator shows that:

An article published by Scientificamerican.com, the website that reports on research in science, society, the environment, technology, and health, reports that climate change is altering rainfall patterns, often making dry areas drier and wet areas wetter.

The Connection Between Climate Change and Relative Humidity

Mostly, when people talk about climate change, they refer to the heat and rising temperatures. However, humidity is another important factor to be considered. The United Kingdom’s national meteorological service, the Met Office, calls humidity “the second pillar of climate change.”

Climate.gov also acknowledges the fact that we should not only concentrate on heat but also on humidity. The website notes that as the atmosphere becomes warmer due to global warming, its ability to hold more water is enhanced. An atmosphere able to hold more water vapor is also able to create more precipitation.

But what is humidity? In simple terms, humidity denotes the amount of water vapor in the air. Humidity determines whether the air is wet enough to form clouds that create rain.

Relative humidity also depends on the temperature of the air. NASA.gov explains, “If saturated air is warmed, it can hold more water (relative humidity drops), which is why warm air is used to dry objects—it absorbs moisture.” 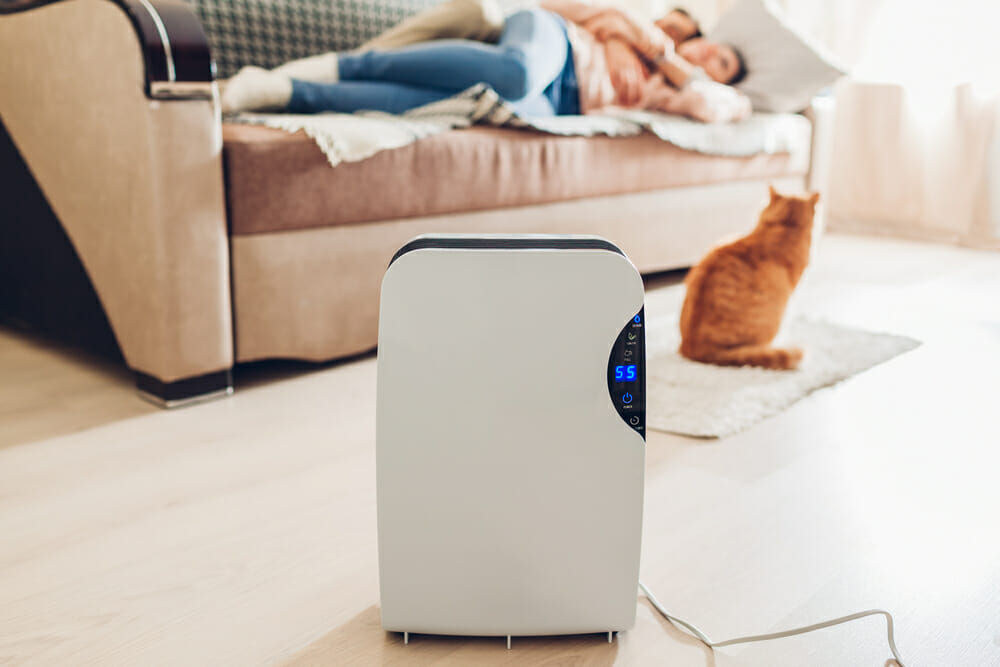 From the insights above, we can now conclude that the air will hold more moisture as the atmosphere becomes warmer due to climate change. This can lead to rising humidity levels, which can make spaces uncomfortable.

This is where solutions like dehumidifiers come in. EPA.gov provides some advice on the main ways to control moisture in the home.

The agency says, “Use dehumidifiers and air conditioners, especially in hot, humid climates, to reduce moisture in the air, but be sure that the appliances themselves don’t become sources of biological pollutants.”

Mariette Mifflin writes for the home and design website, TheSpruce.com. She focuses on the dehumidifier’s purpose, benefits, and how to detect excessive moisture in your space.

Mifflin presents some benefits of having a dehumidifier, which:

While we can’t wish away climate change and the humidity it causes, we certainly have the power to manage the amount of moisture in the air around the smaller spaces we call our homes, with dehumidifiers.

When using one, always ensure that you set the machine to manage relative humidity within the ideal levels of between 30 percent and 50 percent. Anything above 60 percent is too high.

PrevPreviousAir Purifier Vs. Dehumidifier – All You Need to Know

Air Purifier Vs. Dehumidifier – All You Need to Know

It is common to feel sick in your seemingly clean

The Most Common Home Humidity Levels That Can Trigger Allergies

The link between moisture/humidity and allergies is well documented. For example, 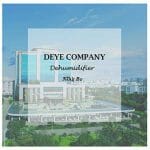